Kevin Smith, Riskskill: What does the inter-regional interchange fee rate picture look like today and where is it moving to? 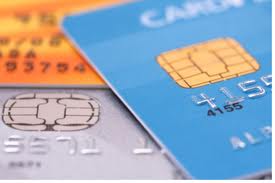 The European Commission is the first competition authority to take action against Visa and Mastercard for their excessive inter-regional interchange fees. With its experience and successes in reducing intra-regional interchange fees in Europe, this latest action and its positive impacts has set an interesting precedent. It is great news. The European Commission move addresses both regulator and merchant concerns about the unfair and extreme costs of processing non-European cards.

Since 2015, domestic and intra-regional consumer card interchange rates within Europe have been driven down significantly. Although the end result of these fee reductions should have been passed through from merchants to customers, it is not clear how or if this has occurred. Recent Payment Systems Regulator (PSR) attention and their UK industry consultation has shown that the merchant service charge (MSC) also contains many other scheme fees, acquirer fees and margins.

And let’s not forget the myriad of other organisations in the transaction processing flow, providing their services and expecting their fees.

European regulatory attention and merchant concerns should not be a surprise. Not when typical consumer card interchange rates within Europe are now at just 0.20% (debit) and 0.30% (credit) – where they are 1.20% and up to 1.97% for equivalent inter-regional POS transactions in Europe.

Most merchants in Europe, have more domestic card payments than other European card payments; and only lastly non-EU card payments. On this basis, most European merchants, do not experience or notice the impact of accepting cards issued outside of Europe.

However, for many European merchants with lots of international customers, their cost of accepting cards is exaggerated by these disproportionately higher inter-regional interchange fees.

Based on the rhetoric use by the European Commission, Visa and Mastercard strangely, did not fight for the status quo, so quickly led to the agreement of new and reduced fees.

So what does the inter-regional interchange fee rate picture look like today and where is it moving to?

The European Commission argued that this reduction: “will lead to lower prices for European retailers to do business, ultimately to the benefit of all consumers”.

For those merchants with higher card acceptance from outside of Europe, the European Commission believe that the cost savings could be 40%.

The European Commission decision does not raise important further questions about other payment scenarios:

a) Now that the parties have agreed lower inter-regional interchange rates, when will these revised fees come into force?

The European Commission states: “Under the commitments, Mastercard and Visa each undertake to reduce the current level of inter-regional interchange fees to or below the following binding caps, within six months:”

NB: the scheme commitments will apply for five years and six months from the above date.

But when does this six-month period begin?

b) What about inter-regional debit and credit cards in mail order and telephone order (MO/TO) in Europe?

c) A trustee will be appointed by the Commission to monitor the implementation of the commitments. Who will be monitored?

d) How will EU card issuers justify and defend their continued receipt of higher interchange rates for card usage outside of Europe – i.e. the reverse of this agreement?

Will similar regulatory and merchant pressure outside of Europe lead to reduced interchange fee costs elsewhere and therefor reduced income for European issuers for non-EU based transactions?

As with previous interchange fee rate reductions, we should expect unexpected and unintended consequences?

This is not a matter for the European Commission, but clearly, they will provide essential guidance and advice to other national payments and competition regulators around the globe to challenge Mastercard and Visa further.

International merchants with a presence in Europe and in other regions and countries around the world will increasingly question why they are incurring very different interchange fees across different regions and markets.

Is this the ‘beginning of the end’ for over-inflated and higher global inter-regional and local interchange rates?

f) What about the three-party model?

Inevitably, such schemes will be forced to revisit their merchant pricing to ensure any merchant preference or favour for such brands.

In the UK most noticeably, and across the rest of Europe, we have witnessed that lower interchange rates have been offset by increases in acquirer pricing, such that the positive pricing effect does not pass through to the end customers.

Are we going to see a similar offset of inter-regional interchange fees with poorly explained increases in scheme fees for inter-regional transactions and corresponding acquirer processing fees?

Effective April 2019, Visa no longer treats Israel, Switzerland and Turkey as part of their EEA market definition. This means that transactions into and out of these countries, for example the UK or US, are now treated as international for interchange purposes and scheme fee levels.

i) So what does this mean for commercial cards and any other programmes? These have been excluded from regulatory pressure on interchange reimbursement fee reductions.

Commercial card interchange rates are typically between 0.20% and 2.10%.

So how long will it be before commercial debit and credit cards are included in the regulatory challenges to reduce interchange fees?

The changes and this agreement are all great news and positive developments, but the implications and implementation still need to be better understood and defined, and there remain many questions and some big issues there-in.

With over 25 years in the payments business, Kevin is a trusted and experienced practitioner and thought leader in payments, technology, issuance, acceptance and acquiring. At Visa, Kevin headed acceptance and acquiring development and was instrumental for changing how Visa viewed payment acceptance, acquiring and retailers in Europe. Kevin also led fraud and compliance management functions at a senior level at Visa. Kevin has worked in retail management for a major UK retailer, and for a major UK high street bank in its retail banking cards and acquiring development business; in senior roles at Switch, the original UK domestic debit card scheme; as well as in Visa Europe and Visa International in the US.

Riskskill is a leading Europe-based payments and risk management consultancy, with an impressive international track record of helping payments businesses to find and mitigate payments challenges and risks. The firm works with clients to put in place strategies and programmes of work to make payments businesses or functions more profitable, less susceptible to losses, risks and regulatory issues and compliance problems. Riskskill.com is a global GARS Reviewer for Visa and a member of AIRFA, the Association of Independent Fraud and Risk Advisors